Primula Wilsonii has rich ,dark red flowers that first appear in May, if we have a warm late summer they will have a second flush in August. Happiest in average to damp, well drained soil in sun or semi shade. Primula Wilsonii is evergreen so it doesn’t get lost in the border over winter! and has aromatic roots and leaves, it forms a good clump that can be divided after flowering. It is in my opinion one of the classiest primulas!

Plants are supplied in a 9cm pot

Flowering - May - July, sometimes as late as September.

A stunning almost black flower held on strong stems above strappy green foliage that dies back in winter, making it hardier than the evergreen varieties! great in containers. Although hardy Midnight cascade does like to be well drained in the winter. Plants are supplied in a 9cm pot. Plants will be cut back for delivery when flower stems are tall .
not rated £7.50 Read more 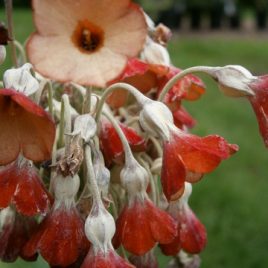 Primula Florindae is one of the largest primula species, we have been selecting and breeding the strongest shades of red and orange and now have a great selection.  The perfect place for these big boys is in a damp shady place , they look great on the edge of a pond , but they will grow happily in the border in full sun as long as they don't dry out! They are hardy to - 25c and will form a good clump that can be divided after flowering. These plants are supplied in a 9cm pot.
not rated £4.95 Add to basket 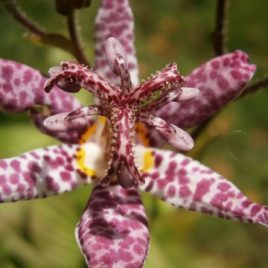 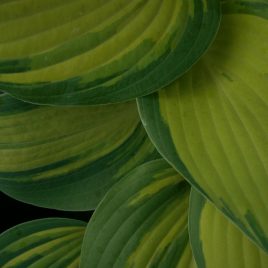 A strong growing variety that is less ravaged by slugs than most other Hostas. Plants are supplied in a 9cm pot.
not rated £6.50 Add to basket