Skip to Main Content
Back to Perennials
View basket “PRIMULA ALPICOLA” has been added to your basket.

Primula Wilsonii has rich ,dark red flowers that first appear in May, if we have a warm late summer they will have a second flush in August. Happiest in average to damp, well drained soil in sun or semi shade. Primula Wilsonii is evergreen so it doesn’t get lost in the border over winter! and has aromatic roots and leaves, it forms a good clump that can be divided after flowering. It is in my opinion one of the classiest primulas!

Plants are supplied in a 9cm pot

Flowering - May - July, sometimes as late as September. 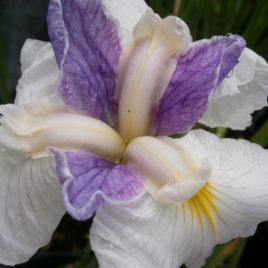 Iris Ensata 'Queens tiara' likes a real soggy place to grow, at the edge of a pond or stream would be it's first choice, but it will perform well in the border as long as it doesn't dry out . Full sun will give you the best flowers, and a nice clump will have built up within 3yrs. Plants are supplied in a 1.5ltr pot.
not rated £4.95 Read more 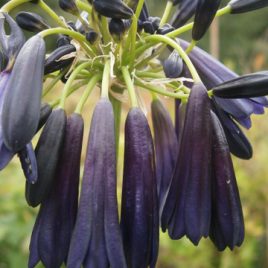 A stunning almost black flower held on strong stems above strappy green foliage that dies back in winter, making it hardier than the evergreen varieties! great in containers. Although hardy Midnight cascade does like to be well drained in the winter. Plants are supplied in a 9cm pot. Plants will be cut back for delivery when flower stems are tall .
not rated £7.50 Read more 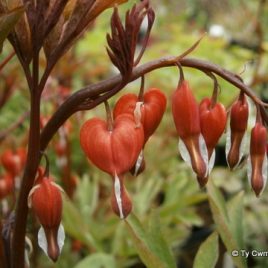 Dicentra Spectabilis 'Valentine' ( lamprocapnos spectabilis 'Valentine')  has fabulous dark red stems that hold arches of red and white hearts over ferny green foliage that emerges dark red. It is fully hardy and suited to most areas of the garden that have a little shelter from really strong winds, oh and yes it's also slug proof! Plants are supplied in a 9cm pot.
not rated £5.50 Read more 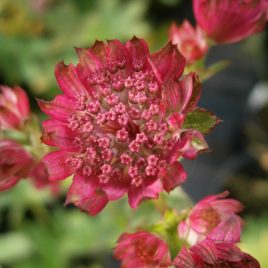 Astrantia ' Venice' is a strong growing Astrantia that has rich red flowers held on straight stems that don't need staking, slug proof , Astrantia 'Venice' won't disappoint! It will grow in any moist well drained soil in sun or even shade but it's flower colour will be paler in the shade, as in my opinion it's one of the brightest reds available it's a shame to loose any of it's amazing tone. Plants are supplied in 1.5ltr pots
not rated £5.95 Read more